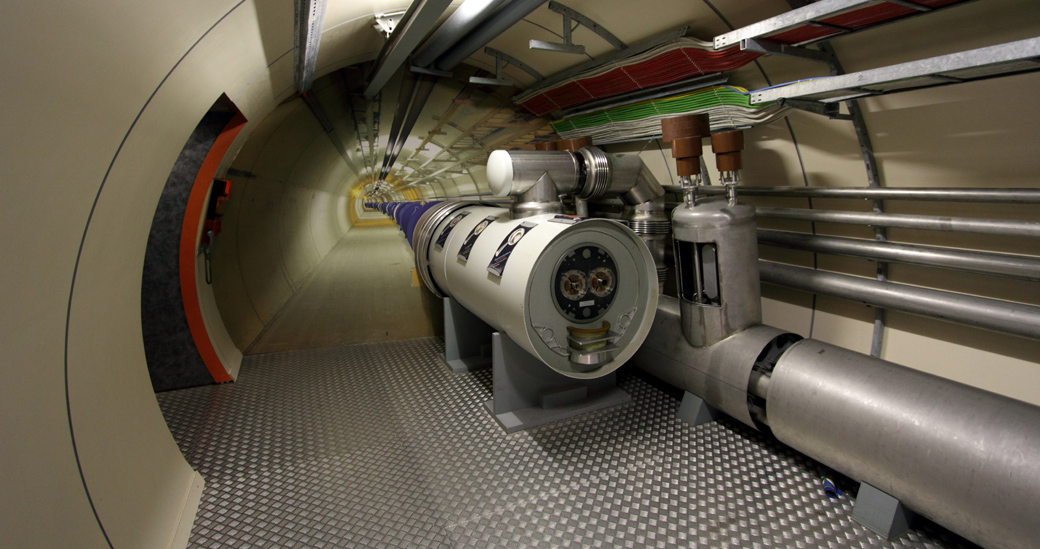 Perhaps unusually for a mathematician, I’m not a huge Physics fan – searching for a grand unified theory is all well and good, but why restrict yourself to one reality when there’s so much more mathematics out there to play with? Nor do the trappings of ‘big science’ generally catch my attention: to get to work each day, I walk past an observatory, round a couple of two-storey liquid nitrogen tanks, then once in my building through a corridor lined with warning signs suggesting I beware everything from over-powered lasers to biohazards. These things, eventually, become routine. CERN, though, isn’t just big science – it’s vast science. The main accelerator ring is 27 kilometres around, spanning two countries; the several story, 7000 tonne ATLAS detector is one of the most complicated – and most precisely constructed – artifacts mankind has ever devised. There’s much more to CERN’s work than validating the theory of the Higgs boson, but that undeniably gets the lion’s share of press attention, and with Higgs being based at my own university in Edinburgh, it’s hard not to want to feel some pride-by-proxy. Still, for those who might question the expense, much of the value of projects like this is the technology that comes into being as a side effect of the challenges encountered: starting, of course, with the world wide web. I got a brief behind-the-scenes glimpse of some of the CERN buildings on the way to Marian’s show – in the spirit of university departments everywhere, it’s an impenetrable maze of hallways in buildings linked in ways that save their occupants from ever having to venture outside. One of the canteens offers genuinely excellent cakes, and there are vending machines that offer everything from the usual (drinks and snacks) to essentials like shower gel for when the science is too compelling to go home. Indeed, when we were leaving post-show there were still plenty of offices with researchers burning the midnight oil on a Friday night.

For the general public, there are two museums, which I recommend checking out if you find yourself in Geneva: the larger, main exhibit is Microcosm, but I’d suggest starting with the Universe of Particles in the Globe of Science and Innovation. Every half hour (alternating French and English) a movie is projected seemingly onto every surface available in the hall. Whilst light on content, this is big on inspiration, taking an almost religious tone at times, and feeling like it should be the intro to some summer blockbuster sci-fi movie. If this can’t get you fired up about science, nothing will! The rest of the time there are a few exhibits to check out – from the first web server, to an early particle accelerator the size of a dinner plate – but the real treat is to get talking to one of the guides. 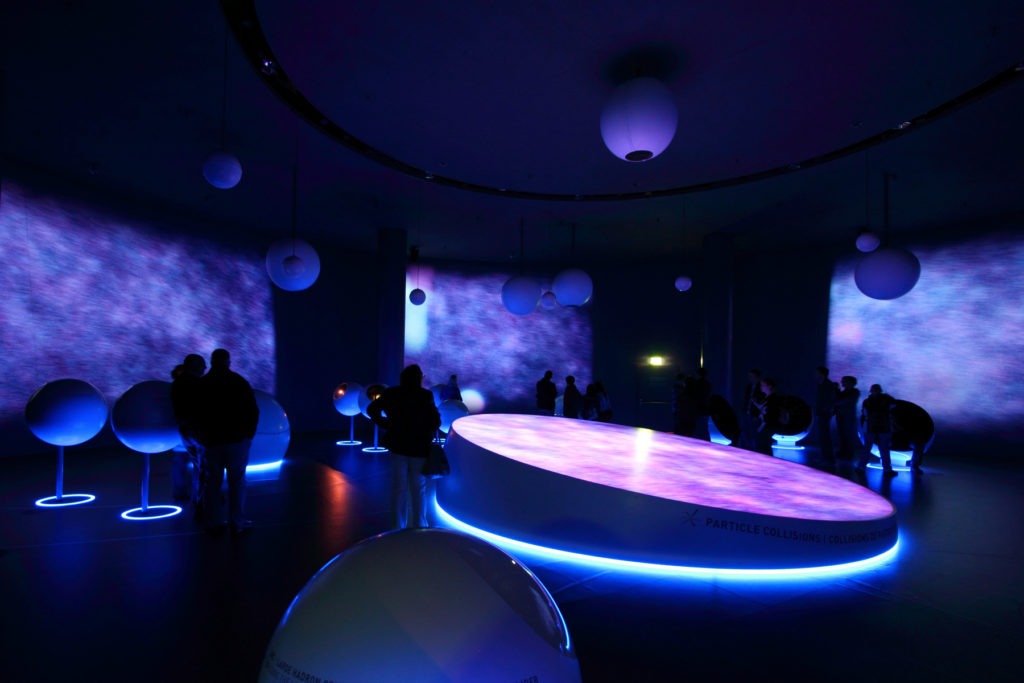 In my case, this led to an unexpected bonus – an unscheduled visit to the ATLAS building. This can be arranged for groups with suitable notice, but since I was travelling alone I had assumed that I’d be missing out. Granted, we couldn’t get underground (that’s rare even for booked tours), but it meant checking out the control room, watching a 3d movie about the construction of the facility, and having more time to talk science with the guide and other visitors. Plus it’s always fun to get access to something you normally couldn’t.