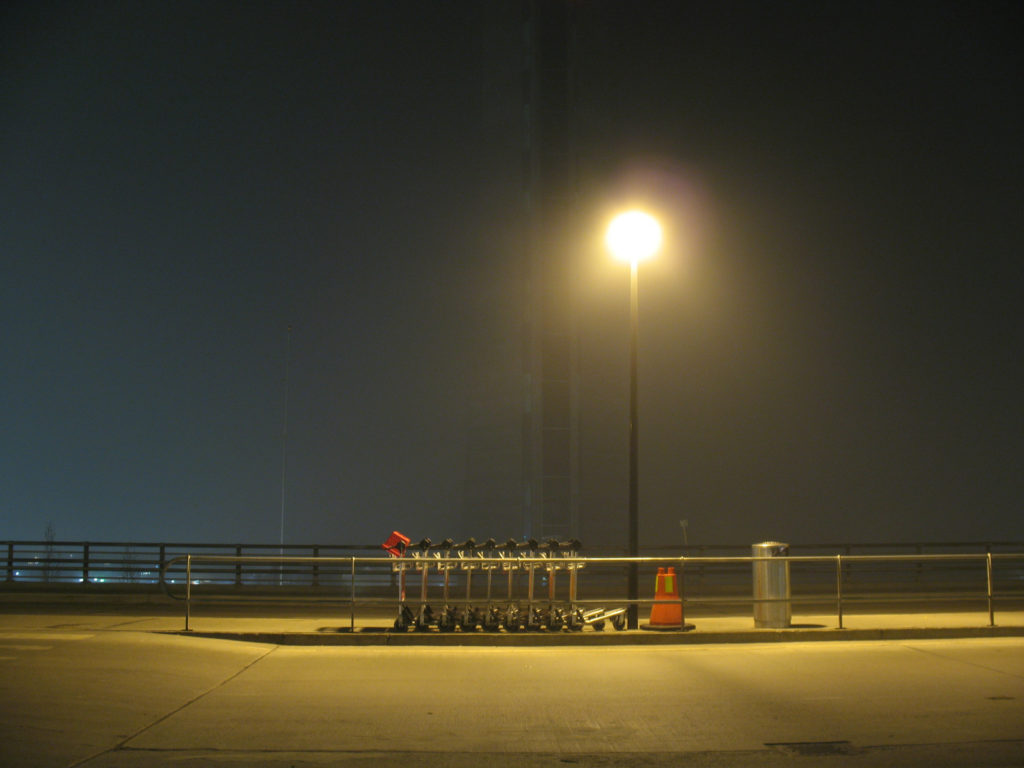 I’ve only overnighted in an airport once before, on my previous trip. That was inadvertent, as Ryanair failed to get me back to Stansted before the last train out, which meant six and a half hours waiting for the first train out instead. Plenty of others had a similar fate, and they claimed the few good spots – seating with armrests being the bane of the would-be airport sleeper. 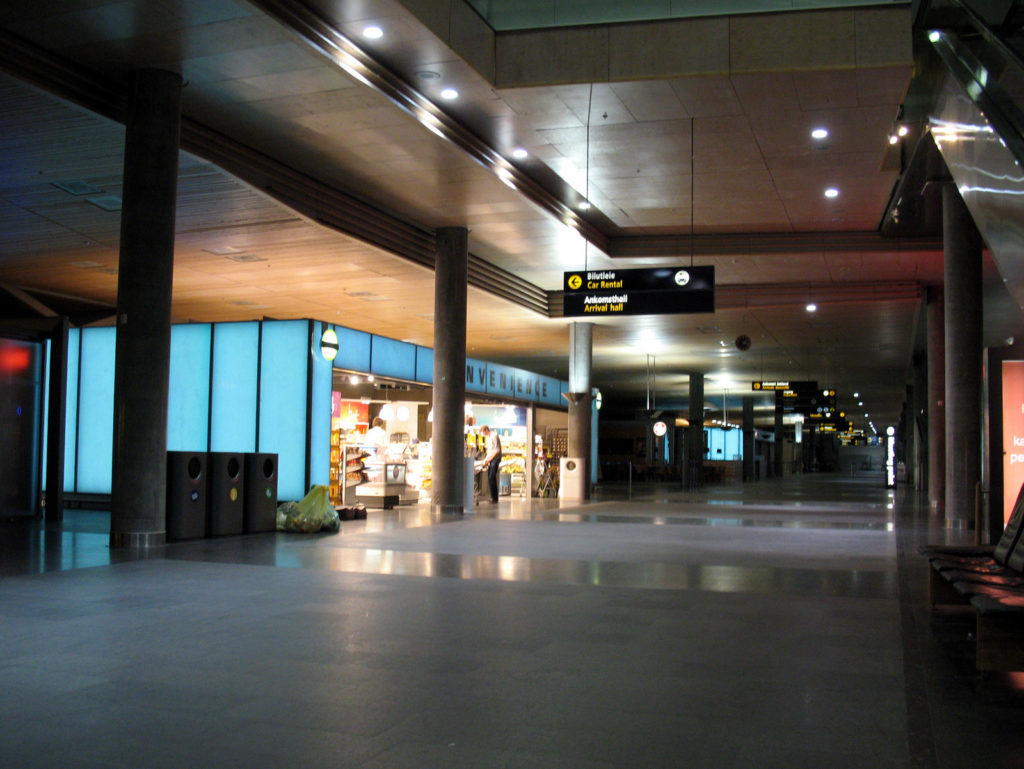 This time, though, I knew going in that I’d be loitering between flights, as the Edinburgh to Oslo service arrives at 22:45 and my connection to Ålesund would be at 9:15 the next morning. Given my student budget and the price of, well, everything in Norway it didn’t seem worth heading in to the capital proper just for a few hours in a hotel room. Ordinarily, I’d arrive a few days earlier and add another city to my itinerary, but Ålesund was already a detour on a creative routing, and I’d visited Oslo twice before. So instead I’d be getting better acquainted with its airport! 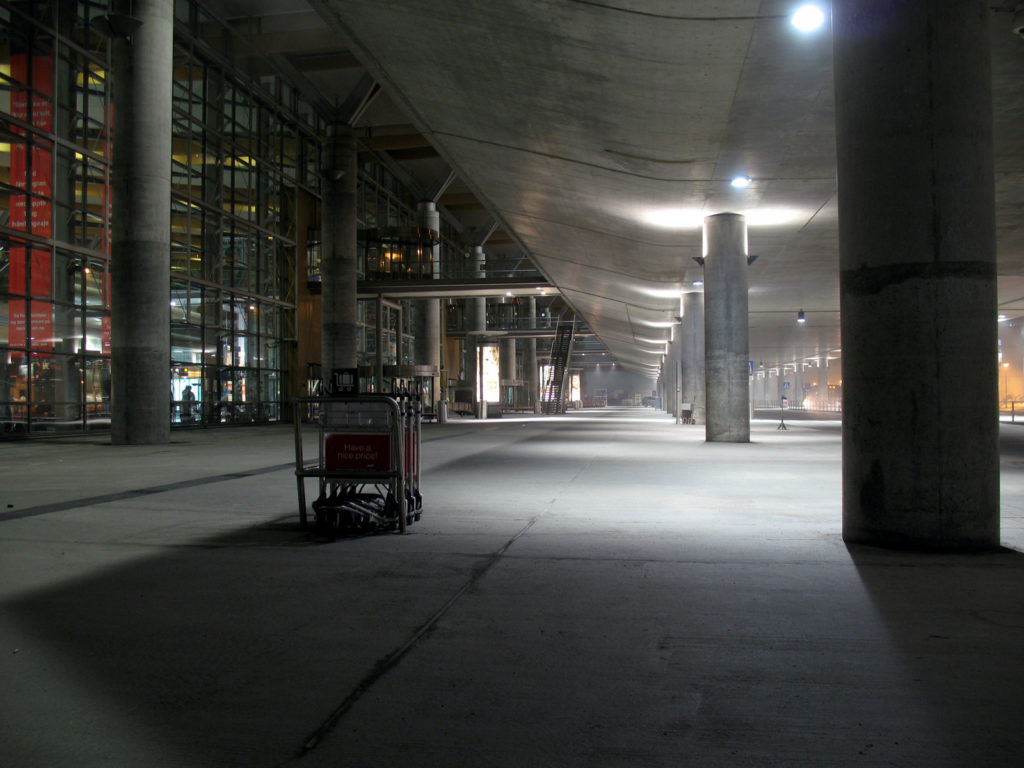 It was much quieter than Stansted, and I was able to secure an entire block of seating for myself. Still, sleep was mostly elusive and so at 3am I took a walk instead. A freezing fog had set in, which – coupled with the near-silence and general absence of people – created an unexpectedly fascinating atmosphere. I hope I captured just a little of that with these photos. 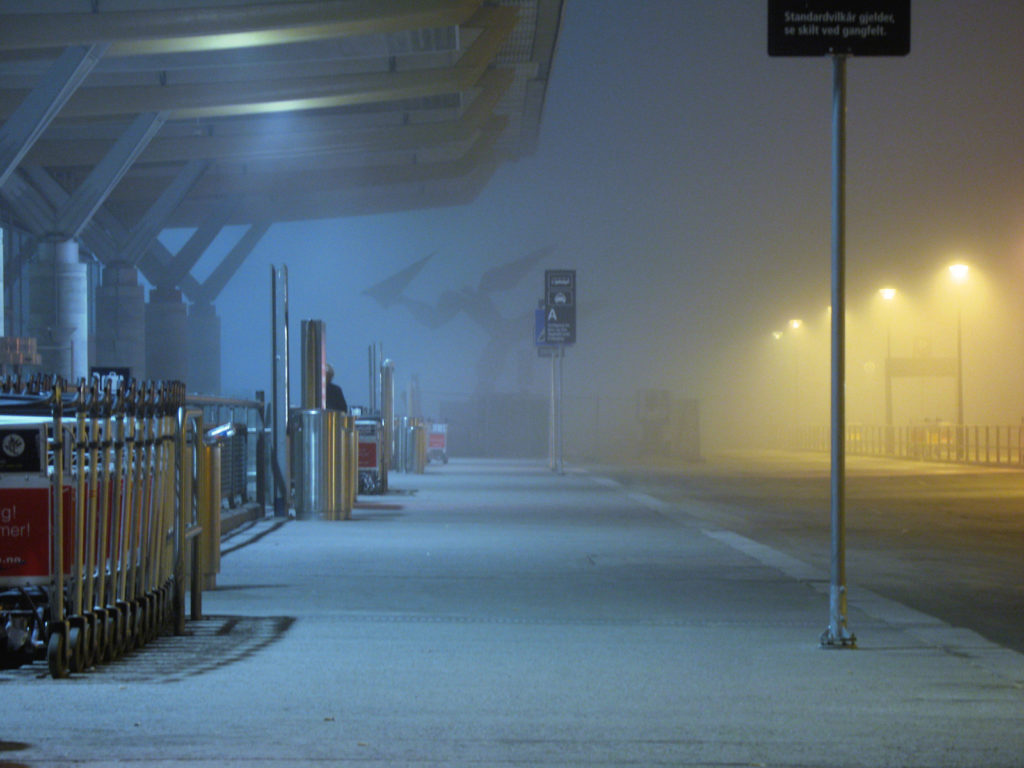