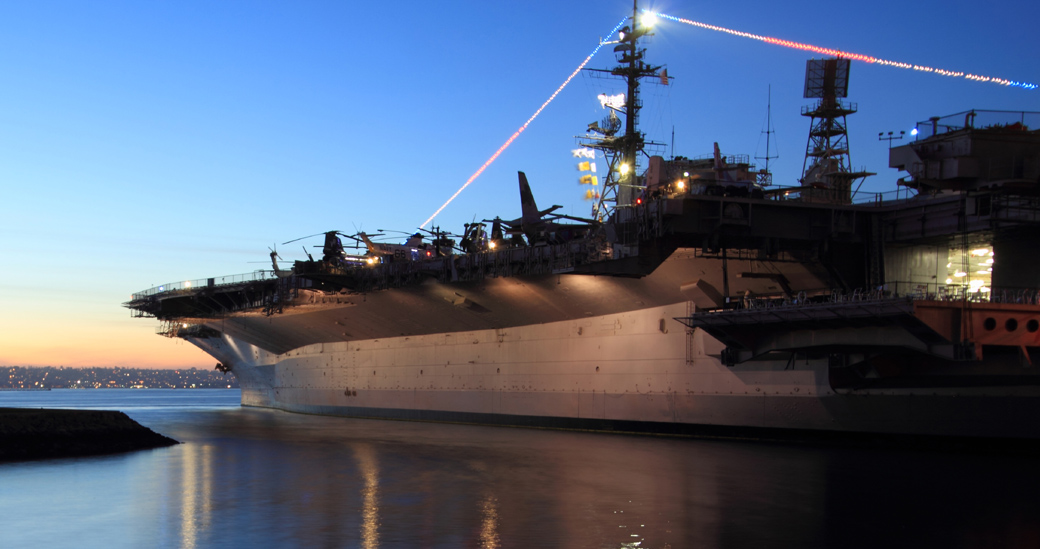 One of the things I find interesting about travel is the perspective of others on the UK. My accent’s usually a giveaway, but conveniently the response to my home country has always been favourable. Although that’s often for reasons – such as the quote above, an early conversational gambit from a tour guide on the Midway – that baffle me (his Tonyness having long lost his shine domestically). In a clear demonstration that the stereotype of Americans of being ignorant of the world beyond their borders, he was able to remind me that Blair is working as middle east peace envoy; I had no idea, other than a vague notion he might have landed some such role with the EU. I was on safer ground with the grilled cheese vendor set up nearby: he longed to visit picturesque English villages and immerse himself in history. So as heat worked its magic on an expert selection of dairy products he was happy to discuss the various places I’ve lived rather than tackle political issues. 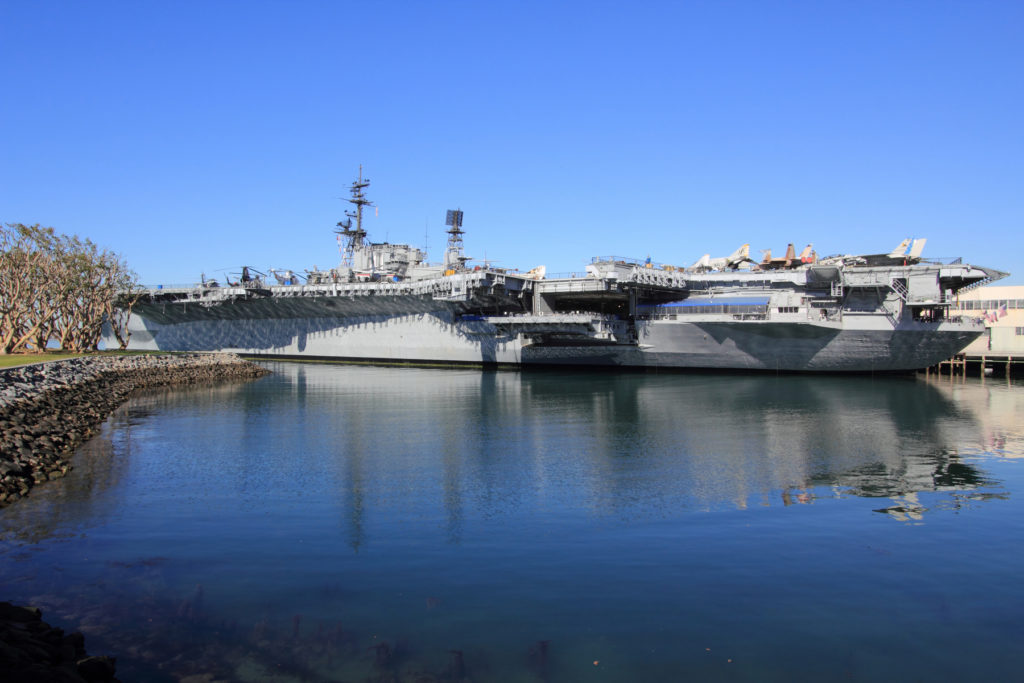 The USS Midway is not exactly easy to miss, and when I was staying at the Embassy Suites it was practically on my doorstep. After figuring out my crazy travel itinerary, I’d failed to make firm plans for tourist activities in San Diego. So when a quick consultation of the TripAdvisor app declared it to be the number one attraction in town, it became an easy choice for my first sightseeing day. Tickets run to $19, which isn’t bad considering I was there for almost four hours – admittedly some of that was spent hiding from the midday sun. Certainly a better use of the money than this marvel from the onboard gift-shop: 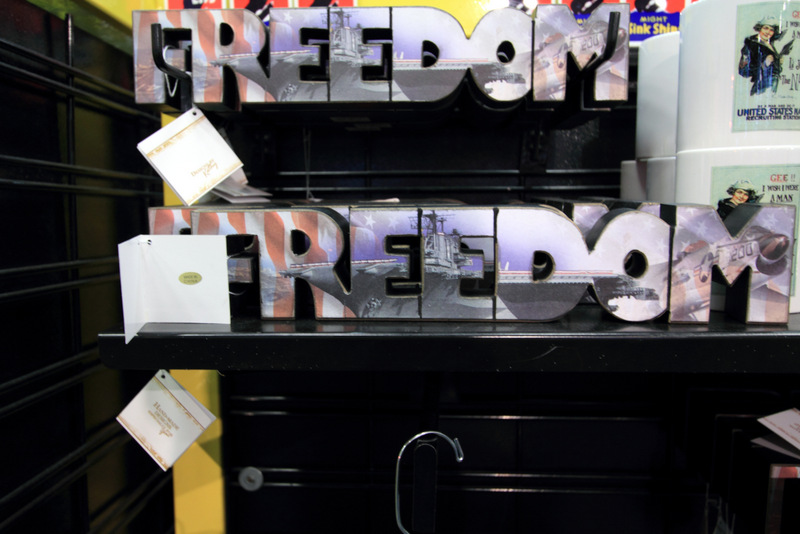 At first glance, the most patriotic wooden block I’d ever seen, and it’ll set you back $20. But that small sticker on the label confirms it’s made in China, and they failed to squeeze an eagle into the design, so no sale for me…

Fortunately, the rest of the experience is less stridently American: sure, you’re wandering around what was once the largest ship in the world, littered with aircraft positively bristling with firepower, but it doesn’t need to brag about it, and doesn’t. There’s a personal audio tour available that does a good job of striking the balance of informative versus overwhelming detail , plus a guided tour of the bridge, which I was lucky enough to be in a party of one for. For plane enthusiasts there’s plenty for them on the top deck to check out. But I don’t know much about such things, so was happy to dip into just a few details, marvel at the sheer sense of space, then press on to the lower levels. There you can learn about the almost-impossible logistics of operating a vessel of this size; also to be found are an assortment of flight simulators (for an extra charge) and a cafe. Plus that patriotism-loaded gift shop.

If you really can’t take the time during the day to venture aboard, you should at least wander past to appreciate the scale of it. And if you visited during the day, swing past of an evening to admire the illumination. 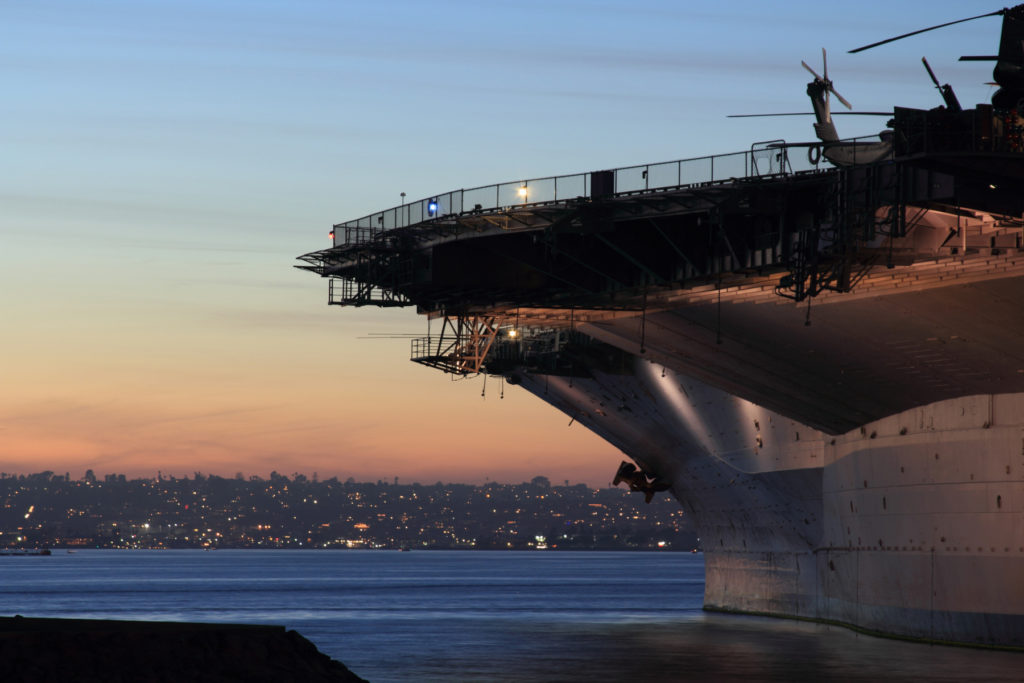