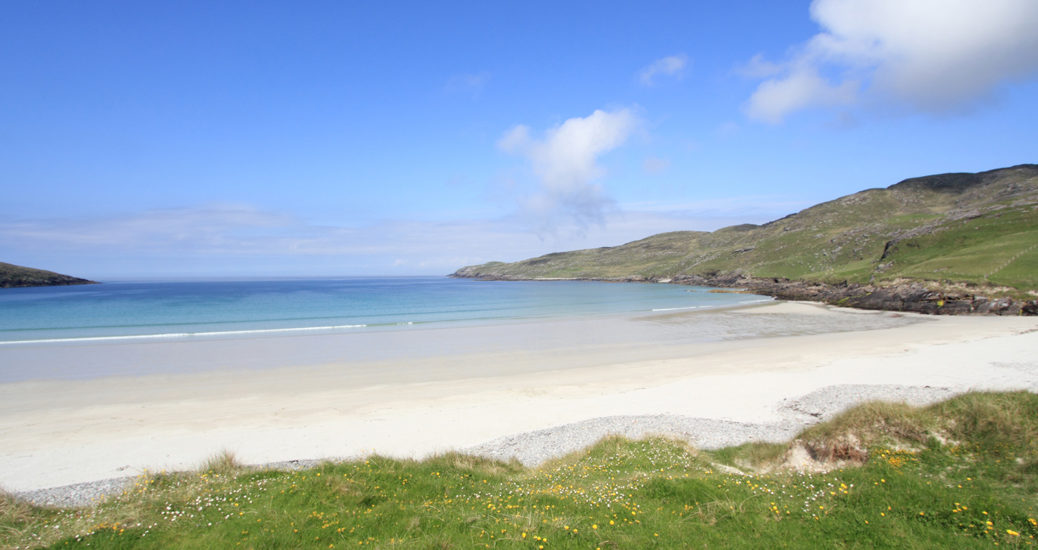 My third day on the islands had the best weather forecast, so I took my chances with the beach circuit around Vatersay; as the photos hopefully suggest, this gamble more than paid off! Located to the South of Barra (linked by only a thin causeway), this island takes the themes of its northern partner and pushes them to the limits. There is only a single settlement, and (at this time of the year) precisely nowhere to buy anything; the bus service is even less frequent; and there is probably more livestock than people.

At the same time, the scenery is even more impressive, with wider beaches and corresponding expanses of crystal clear water framing the machair. These coastal grasslands are unique to the shores of the western isles and their counterparts across the sea in northwest Ireland – and make for much more forgiving terrain than the previous day’s hills! They’re also ideal for cattle grazing, so don’t be surprised to find your route shared by a herd: keep a sensible distance (with dogs on leashes) and pace and they’ll largely ignore you, though.

I deviated from the suggested route at the base of the west beach to get some photos from further out on the rocks; missed a turn and took in a bit too much of the shoreline; and chose to clip off a chunk towards the end as I realised I might not otherwise make a convenient bus time back. But generally the path is easy to follow, through combination of technology and the posts which can usually be spotted to guide you to the next waypoint. In the end, I covered about 6km in a leisurely couple of hours, including a lunch break in the shade of the ruined fort (Dun).