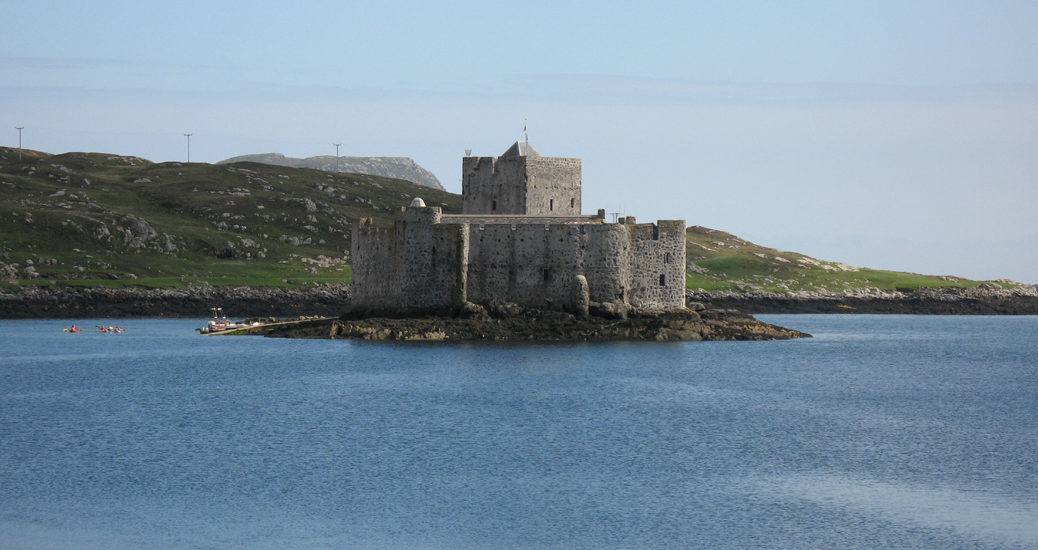 It is never truly night during Summer in Scotland, with sunset occurring as late as 22:30 at these latitudes. Thus I still had plenty of light to explore during the evening of my arrival. Whilst I couldn’t hope to make it all the way to Barra’s main hub, Castlebay, I was able to check out plenty of appealing scenery on the north. A particular highlight was this spot about a mile from the Heathbank hotel, Loch Ob:

The plan for my first full day was to get in some serious hiking; in particular, I wanted to bag Heabhal (Heaval), the highest point on the island. However, stereotypical Scottish weather conspired against me, and although the forecast rain mostly burnt out overnight, the peaks were lost from view:

A further complication was that I needed to swap accommodation – but the first night’s hotel had a check-out time of 10:30 rather than the more leisurely midday I had imagined, whilst I wasn’t sure when I could turn up to my replacement B&B. This meant I’d be lugging my full pack rather than just the camera gear – although at least I wasn’t trying to drag something with wheels! So I decided to start with a simpler – that is, much flatter – route from walkhighlands: Castlebay and Ledaig shore. Due to the infrequent buses I actually left the hotel even earlier than required rather than kick around the bar for an extra hour, so was in Castlebay by 10. The weather made for much gloomier photos than in the guide, so I’ll mostly defer to that, but with a heavy pack a bit of breeze and cloud are appreciated. 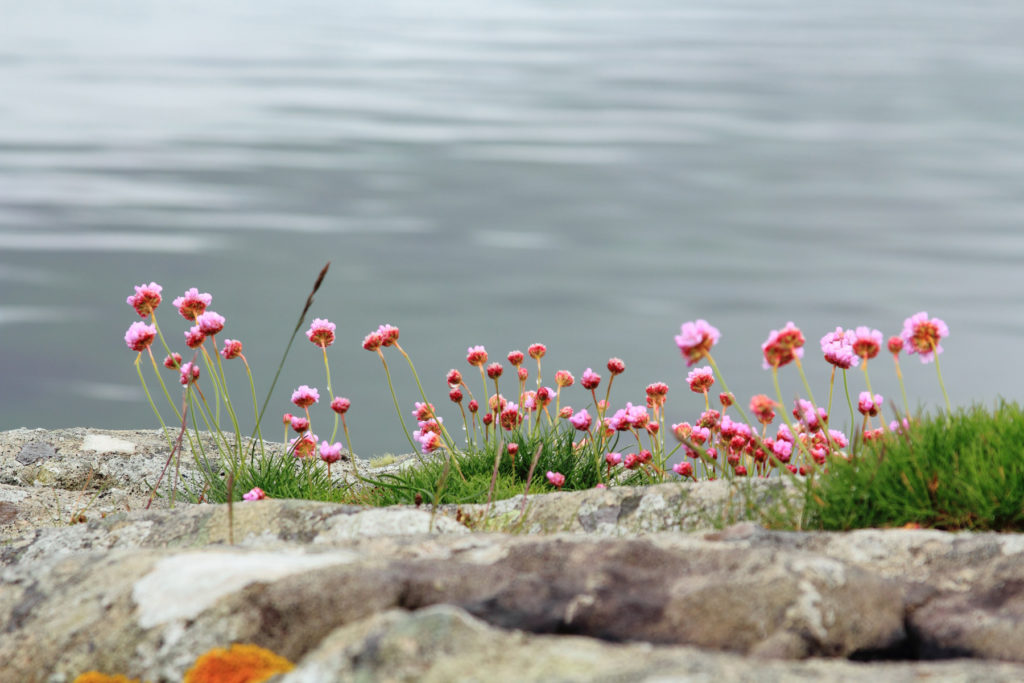 Despite the early hour (by my student standards, at least!) and weather, there were still quite a few people walking the route. Barra is small enough – and transport options sufficiently limited – that you find yourself running into the same groups throughout your stay, so having reached the headland I spent quite a bit of time chatting to a couple I’d first briefly met at the airport the day before. In contrast to my first Hebridean visit, they had a lot of experience of the islands and plenty of tips to share – as usual, I find myself back from a trip with ideas for several more! I also seemed to spend most of the walk being stalked by this sheep… 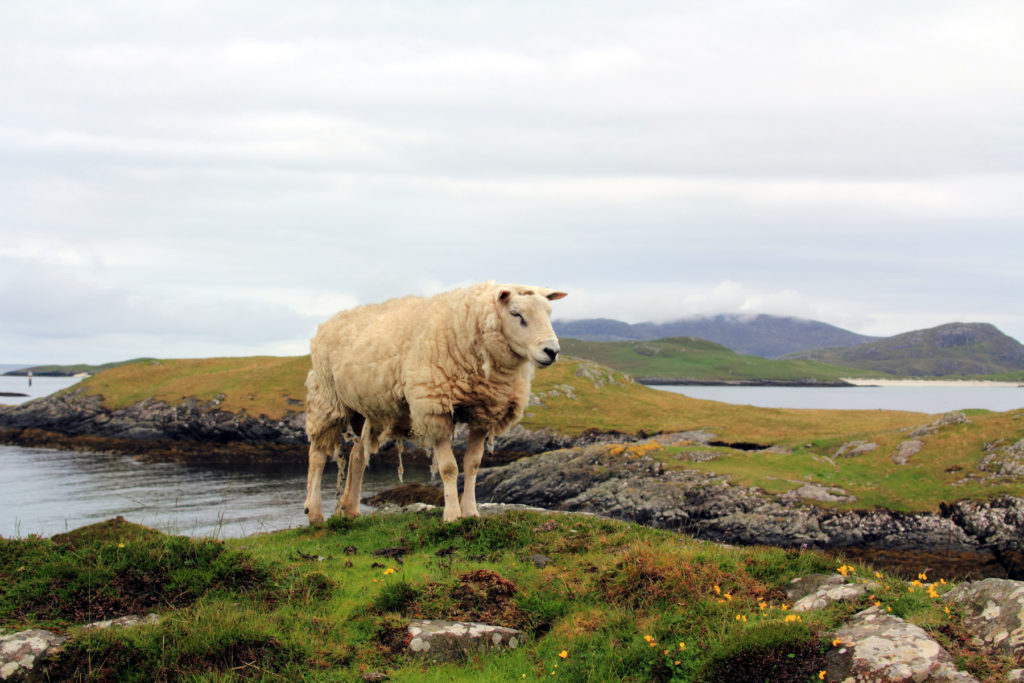 Back in the centre of town, I realised that I could either take a half hour visit to the castle from which it gets its name, or would have to wait for it to close then re-open after lunch. I took the shorter option, and although there’s more to the site than I imagined – with an assortment of internal buildings – it was probably enough. Happy to pay the ticket price to help maintain it, though, now that it’s in the care of Historic Scotland; plus they have to run the boat, which does a complete loop of the castle on the return rather than heading straight to the pier. Just don’t expect to get an experience comparable to Edinburgh castle!

With much of Heabhal still obscured, I opted for lunch at the Castlebay hotel (available from the bar in the main building, not the separate more pub-like one) before the trek round to Brevig Bay. The suggested approach to Heabhal is from Castlebay, but that would be an unneccessary backtrack from the B&B. By walking there I’d at least be able to complete the full route in stages, but in practice this didn’t happen: on both of my attempts at the Castlebay to Brevig section, a passerby took pity and gave me a lift! In retrospect, this was probably for the best given how tired I was by the end of the off-road section.

Partly that was because I expanded my route to include the next highest point – Hartabhal, slightly to the northeast. My host had advised me that this made for a more pleasant approach to Heabhal that a straight-up slog: but without a route guide, I made a bit of a meal of scaling Hartabhal. The cloud had lifted by my mid-afternoon start, but the ground was still fairly waterlogged in often-unpredicatble places, which made for a cautious pace of less than a mile an hour once I’d sunk ankle-deep a couple of times! I also managed to find myself on the wrong side of fences and streams rather too often, and my initial descent of Heabhal was pretty much straight down the rock face. All of which is to say that this 5 kilometre loop took nearly two and a half hours, but I’m sure a more efficient version of the two-peak option is possible- plan ahead!